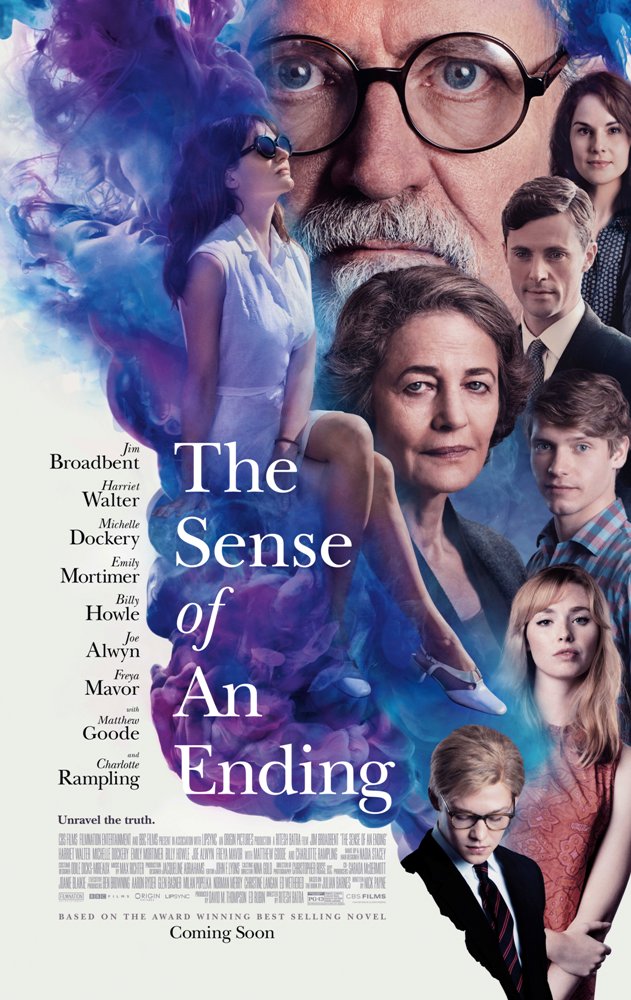 Sometimes you read a book or watch a movie at a point in your life when you’re just not in the right mood for it, or when it’s just the wrong time for you, and that book or film either overwhelms you, making you feel things you didn’t want to, or you come away from it feel nothing at all.

I adored Ritesh Batra’s thoroughly delightful debut, The Lunchbox, and I’ve loved Julian Barnes’ novels since first finding them in my 20s.

For his second film, Ritesh Batra was invited to direct the screen adaptation of the 2011 Man Booker prize-winning novella by Barnes. 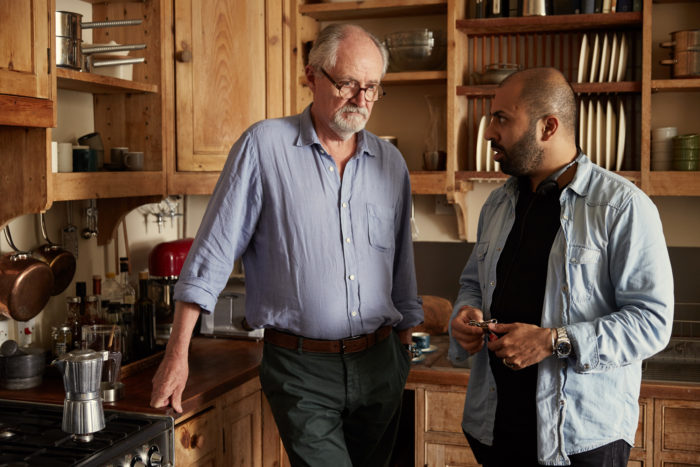 And yet, in spite of how much I was looking forward to this film and its phenomenal cast, as the last of the closing credits from The Sense of an Ending scrolled by, I felt numb and puzzled. Part of me wondered “What was that all about?” while part of me was unmoved.

For 90 minutes or so I’d just watched a London man in his 60s, Tony Webster (Jim Broadbent), divorced father of one very pregnant daughter, trying to come to grips with memories from 40 years earlier, and fumbling as he attempted to unravel a mystery from back then.  Batra takes us between these dual realities, back to when Tony was at university and dating the glacial and enigmatic blonde, Veronica (Freya Mavor), who left him, frustrated and off-balance, and took up with his much smarter and equally unknowable friend, Adrian Finn.  Not too long after, Adrian took his own life.

All these years later, Tony suddenly finds himself obsessively thinking about Veronica and Adrian, because Veronica’s mother (Emily Mortimer) has just died and left Tony some things in her will.

As Tony revisits moments from his past with these people, Batra sometimes positions the modern-day sixtysomething Tony inside his 1960s memories.

How many of our memories have been edited and smoothed out to make them more palatable to ourselves? This is the theme at the heart of The Sense of an Ending.

On screen, it felt to me like not very much happened for the first hour or so, and then all of sudden things were revealed so hurriedly that the most crucial detail of The Main Surprise almost slipped by unnoticed. 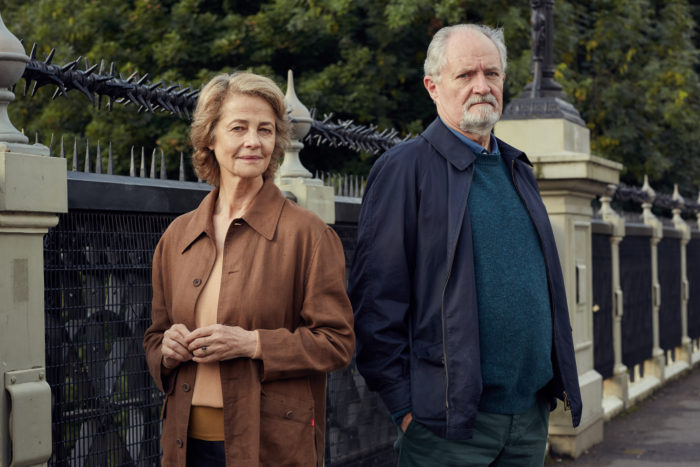 The cast – Jim Broadbent, Charlotte Rampling, Harriet Walter, Michelle Dockery, Emily Mortimer – all inhabited their characters with the same effortless talent we’ve come to expect of them.  As we’ve seen in recent Annenberg studies, it’s so rare that a film cast comprising so many leading actors over 60 who are not the butt of jokes or disdain.  The production design was exact; you very much felt as if you’d blinked your eyes and found yourself in a contemporary London neighborhood. 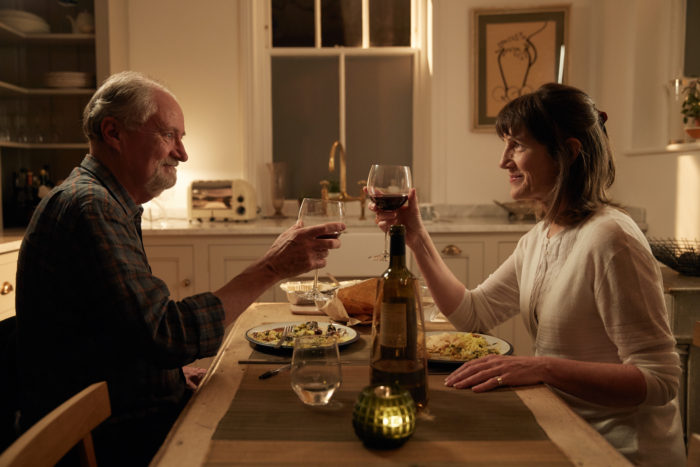 The issue here rests with the translation from book to screen.  The Sense of an Ending contains long internal monologues of Tony telling himself (and us) his story, seen only through his eyes, with a lot of philosophizing and pondering.  The script was adapted by playwright Nick Payne, and then revised again in collaboration with the director.

If anyone could have made a go of it, that would be Ritesh Batra.  But I think the source material was just too heavily internal in its focus to survive the crossing.

Despite all what I’ve said above, if you too love Ritesh Batra’s work, Julian Barnes’ writing, the cast – or any subgroup of those – my advice would be to give it a shot.  Maybe this just wasn’t the right time for me to read this book or see this film, and maybe your reaction will be different.

The film opens in NYC and Los Angeles today, and in additional cities on March 17.