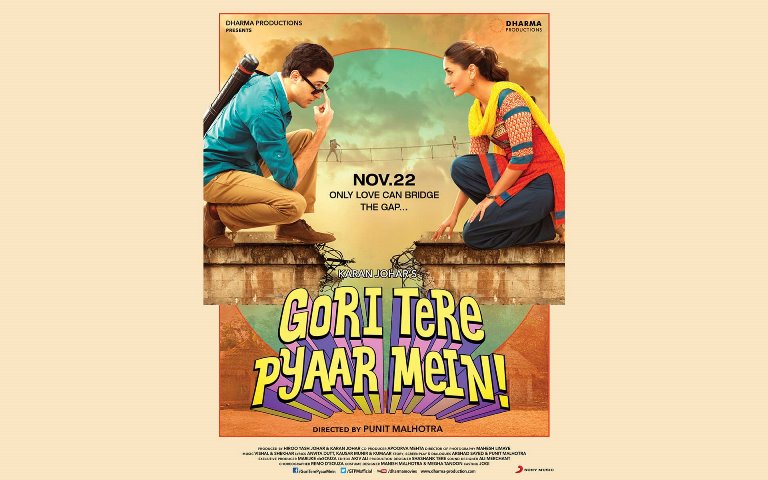 “Such a nice boy.”  That’s always the first thought I have when I think of actor Imran Khan, though at 30, he’s not really a boy any more.

But still, he looks younger than his real age.  In the mainstream Hindi film industry, this will be a terrific asset as he progresses into his mid-40s and early 50s and is directed to romance women young enough to be his daughter.

But looks aside, in person he could not be more pleasant.  His mother must be very proud of the good manners and unassuming nature of her son.  The last time I was across the table from him was for the press tour of Break Ke Baad.   On that day, after you would introduce yourself and ask your question, he’d begin his reply with “Hi Jyoti, actually, you know, when we were shooting ….etc etc etc.”  And next person, same thing “Well, Priya, the challenge that we had was to…… etc etc etc.”  And so on.  If it ever comes out in the news some day that he kicks the family dog around or is rude to his staff, I’ll be sorely disappointed, because all that niceness seems so genuine, not that fake modesty you get so much of in this biz.

This time around, Imran Khan was in New York for a day, probably less than a full 24 hours even, to promote his latest film Gori Tere Pyaar Mein, a love story which reunites him with his Ek Main Aur Ekk Tu co-star, Kareena  Kapoor Khan.

This time, the interview was over the phone, but even in this situation, as he’s handed the phone by the organizers of his tour, his “Hello??” makes him sound a little shy and almost unsure of what’s coming next (as opposed to some other filmi people who either answer in the most distracted, blasé manner, or who come bounding onto the call, full of the wonderfulness of being them, and thrilled to share that with you, the vessel):

Filmiholic: One couldn’t help but notice from the trailer this looks like another romcom, though I was reading somewhere that Vishal Dadlani says this isn’t a typical romantic comedy.  So tell me, what would you say is special or different about this one?

Imran Khan:  It really is the second half.  To be fair, the first half is very much in the classic romcom space, and it has a lot of overtones of I Hate Luv Storys, the last film I did with Puneet (Malhotra).  And in the second half, Puneet very consciously wanted to break away from that.

I was onboard with his initial drafts of the screenplay.  I said “Listen, man, the first half is great, why are doing all this in the second half related to this damn bridge?” And Puneet had something in his head which was very different from what I was expecting.  And it took a while for me to get onboard and see what he was seeing.  We went through a couple of drafts and I’m really glad he stuck it out, I’m really glad he continued to dwell with it and show me those drafts, because ultimately we come out with a film that is a lot better than I would have settled for.

I read that your character is South Indian, is that correct?

And why was he written as South Indian specifically?

IK:  A major reason for that is because Puneet wanted to create a cultural disconnect.  In the second half, he lands up in a village in Gujurat, which is further up in the north.  He wanted as wide a cultural gap, as wide a divide as he could have.

For the village scenes, where did you shoot?

IK: We actually shot in a whole bunch of places.  We went to a village a little bit outside of Kutch, which is in Rajasthan, it’s about 60 kilometers off the Pakistan border.  Funny enough, that’s also the village set for Lagaan.  So we shot some stuff there, we shot some stuff in Wai which is Maharashtra, and a lot of the key scenes with the bridge, we built that on a set in Film City.  We married all these places together to create the village.

How much time did you spend in the countryside filming?

IK:  You know, it was not that long at all.  We actually finished ahead of schedule.  80- day schedule, we finished in 79 days.

This is your second film with Kareena, what would you say is some unique quality that she brings to the set compared to other people you’ve worked with?

IK: Kareena has this energy, this thing that you can’t quite define.  I refer to it as her internal light bulb.   I swear, when the camera rolls, something goes “Click” and she just lights up and she’s the kind of actor – and I remember this on Ek Main Aur Ekk Tu and throughout Gori as well – that the director will be talking to her about the scene, and the background and the emotional baggage of the character, bla-bla-bla, and you get the sense that she’s not even paying attention.  And you’re thinking “She has no idea what’s going on in the scene” and the camera will roll, and suddenly she switches on, and she will give you the most breath-taking performance.  And you’ll be left there thinking “How did she do that?”

And if one were to ask her or Deepika or any of your other co-stars, what do you think they’d say you bring to the film set that’s uniquely yours?

IK:   Uhhhhh…..interesting……..(stammers)  a kind of awkward humor …..(long pause) that would be my evaluation of it.

What has brought you back to the US?  Solely to promote this film or are you here for other things as well?

IK: No, no, only this whirlwind promotional tour.  I landed here a couple of hours ago and by this time tomorrow I’ll be back on a flight.

What is it about the US audience – why do your people see it as a value to bring you all the way here for a day?  Is the dollar value of the film-viewing population that high?

IK:  Yeah, it’s two things: it’s the population and the distribution.  We were just talking about this a couple of hours ago.  The fact is there’s a huge Hindi movie audience here who until recently didn’t have access to the movies.  They wanted to watch the movies, but there were no theaters that were running the movies.  So they ended up watching pirated prints of VHS, then VCDs, then pirated DVDs.  So now it is important for us to nurture this audience.  On one hand, there are a lot of guys here setting up theaters with the intent of showing these films.
It is equally important for the industry, for those of us making the films, to nurture them and to help that audience grow.

Are you seeking, or is your agent seeking, or are you talking to any of your friends from when you were in film school in the States – do you have any interest in doing a film here?

Do you still stay in touch with your classmates here?

IK: I do, but unfortunately, none of them are working in the industry.  It’s a tough business to crack into.

As you get older, and as you grow in the industry, would you like to take on other roles behind the camera, writing, directing?

IK:  It’s always been something I’ve been excited about, I’ve been interested in, definitely.  But probably not in the near future.  I know that right now, I’ve got my hands full with the acting gig.  And I’m getting to do work that I really enjoy, and work with people that I like a lot.  But yeah, it is on the cards, definitely.

Delhi Belly was such a great film – and honestly, I went in dreading that it was going to be some frat-boy comedy with nothing but bathroom humor – but it was such a fun caper and you had such a strong female lead with you, the humor, the pace of it – it was all great.  So when are we going to see, not another Delhi Belly, but another film with you that is something of that….

IK:  It’s hard.  Every producer in town passed on that script.  Every single one.  The fact that most people don’t have the guts to make films like that.  And most writers and directors will not hold themselves to that standard.  People want to do something that is a lot safer.  Scripts like that are very, very, very rare, very hard to come by.  In fact, there’s only one.  But, we’re in a very good time now, we’ve reached a point where writers, directors, producers are backing the kind of films that a few years ago would not have found an audience, that a few years ago I don’t think would have found backers.  Now they are being backed and the audience is supporting them.  So it gives me hope.